Before we moved into our new house it was still outfitted with gas-fired central heating and wall-mounted radiators. In order to be able to wean ourselves off of fossil fuel for heating, tap water and cooking in the future we knew it was best to start using underfloor heating. It can keep your house warm at much lower temperatures, making it a better fit for a heat pump.

Unfortunately the 9 year old house didn't have underfloor heating on any of the levels. It's pretty common these days to have at least underfloor heating on the ground level. For the other levels it's less common. We did choose to do it for all levels though because it makes it possible to not just heat those rooms, but also to cool them during summer.

Since taking apart the floors is very disruptive we had this work done before we moved into the house. All existing floors first have to be removed, then a specialized milling machine mills tracks into the underfloor. They are spaced 10 cm apart in a pretty attractive pattern as you can see below. 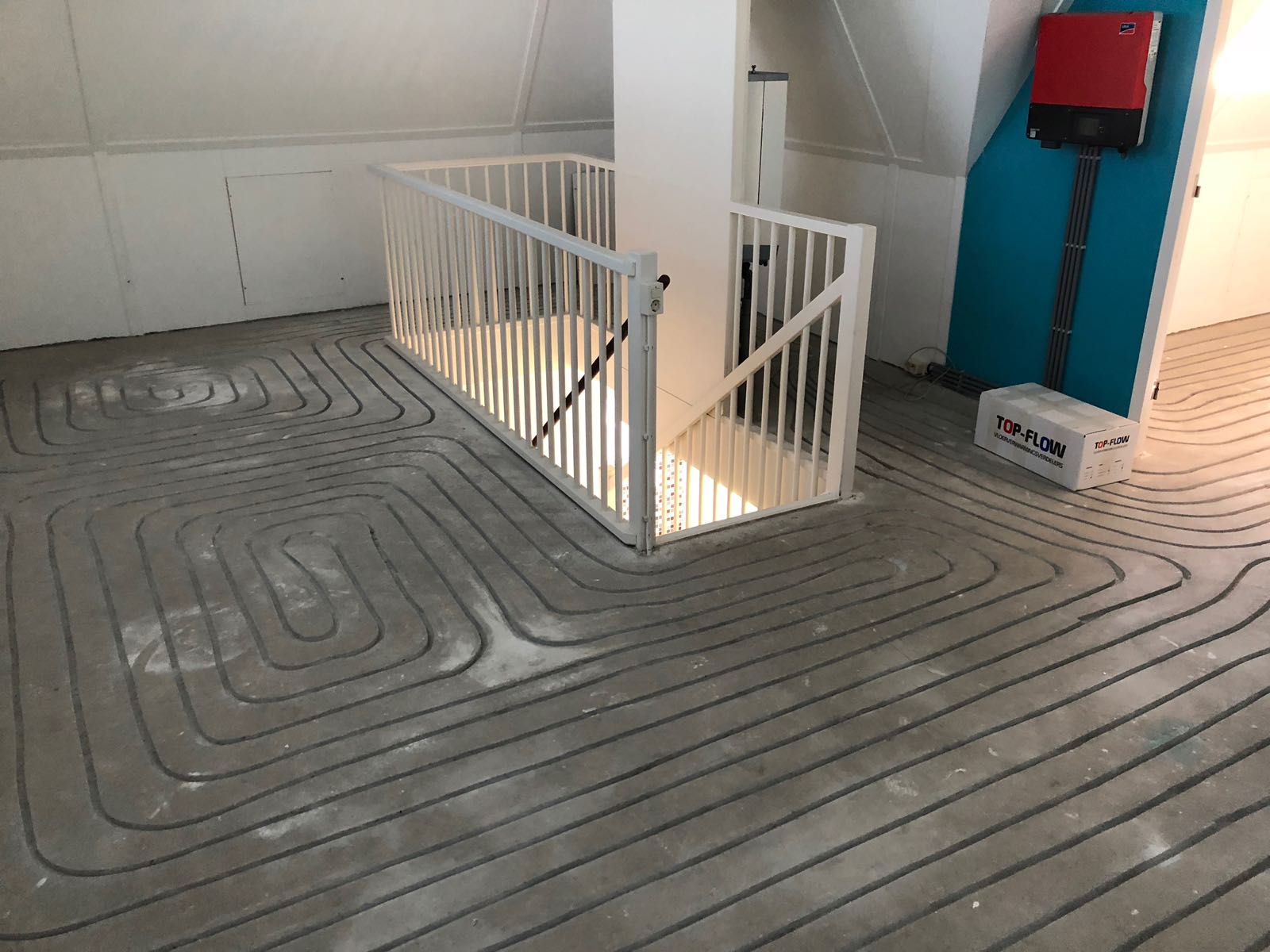 The tracks are then filled with pipes, which are actually plastic tubes through which the warm water flows. When underfloor heating is applied during construction these pipes are much deeper inside the floor. This leads to a more even distribution of heat on the surface. But this is pretty much impossible to do in retrofit. 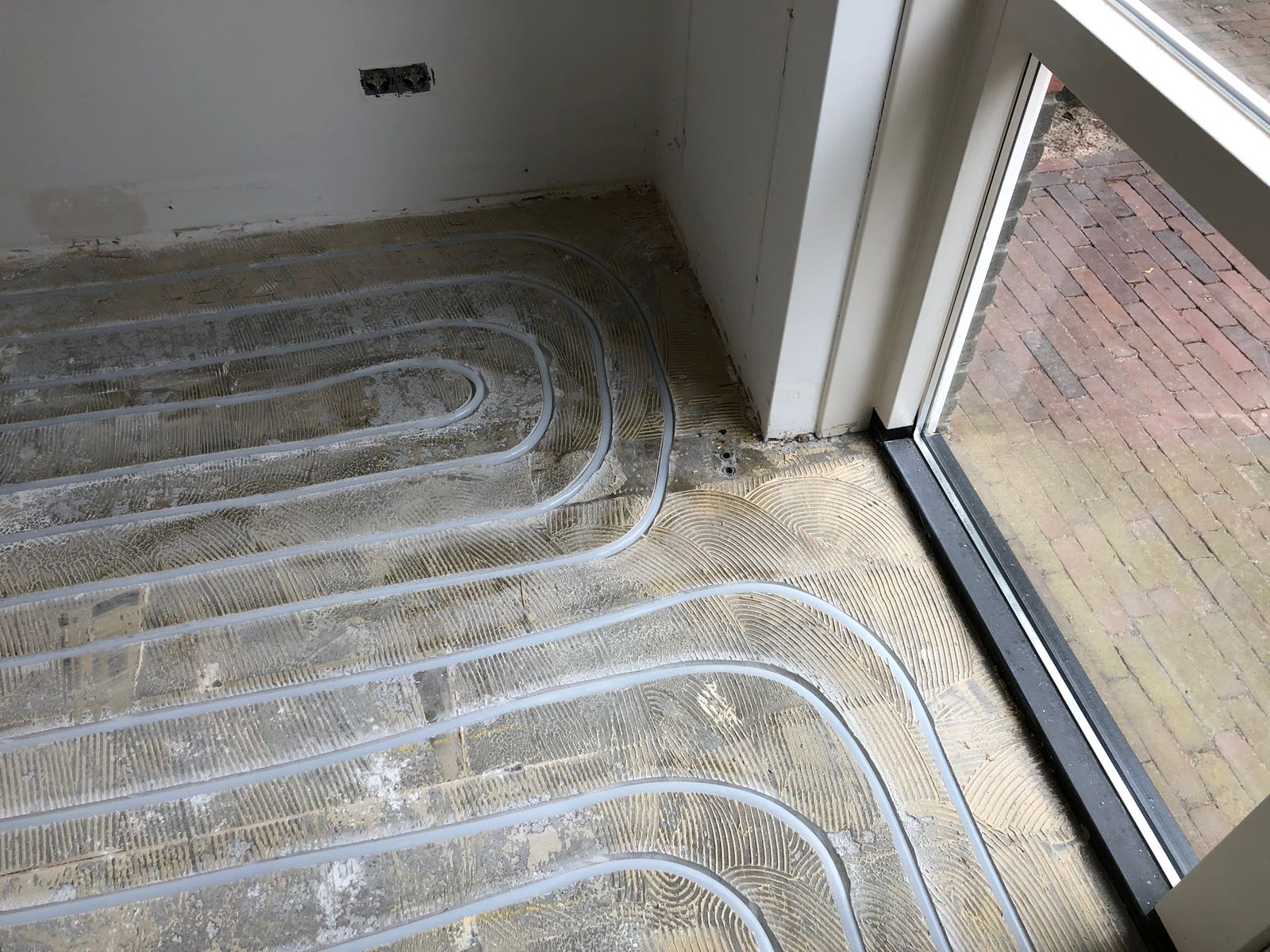 To get warm water into the underfloor heating you need a distributor on each level. The size of the distributor depends on the number of loops present in the floor. Then there's 2 types of distributors, open and closed ones. The open distributor has a pump of itself to ensure that a high temperature source can be used without risking overheating the floors. It essentially mixes just the amount of hot water with what's already in the loop to keep the temperature below the maximum allowed temperature (usually 40° Celsius) in order to prevent damage to your floors. 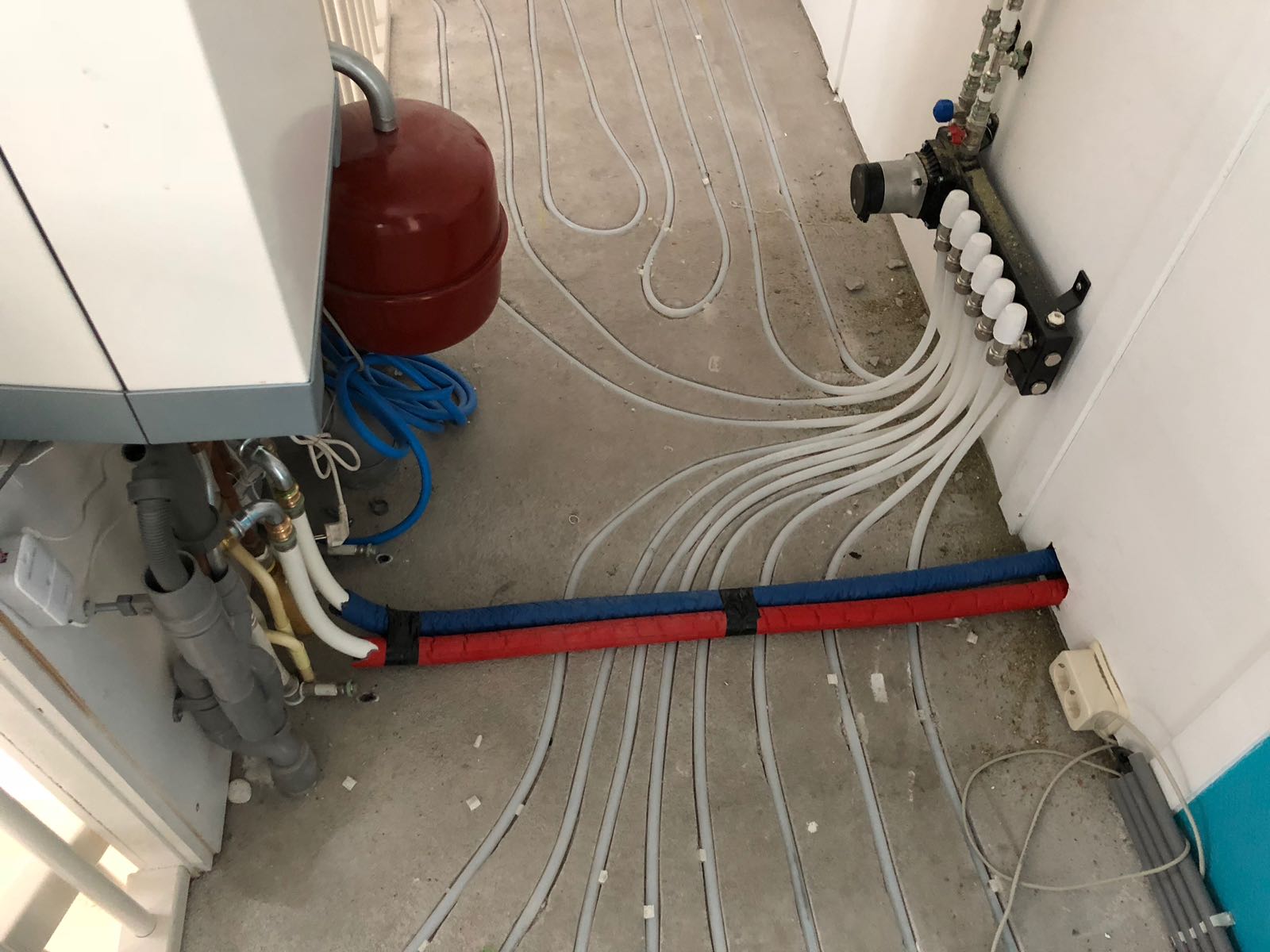 To make the use of underfloor heating efficient you need to pay close attention to the thermal conductivity of the type of floor. For wood this means you better not use a solid wood floor, but a special laminated wooden floor with a higher thermal conductivity. In our case we choose a floor consisting of 10 mm of laminated layers with 2 mm of oak on top for the ground level.

On the other levels we choose a polyurethane floor, which has even better thermal conductivity. 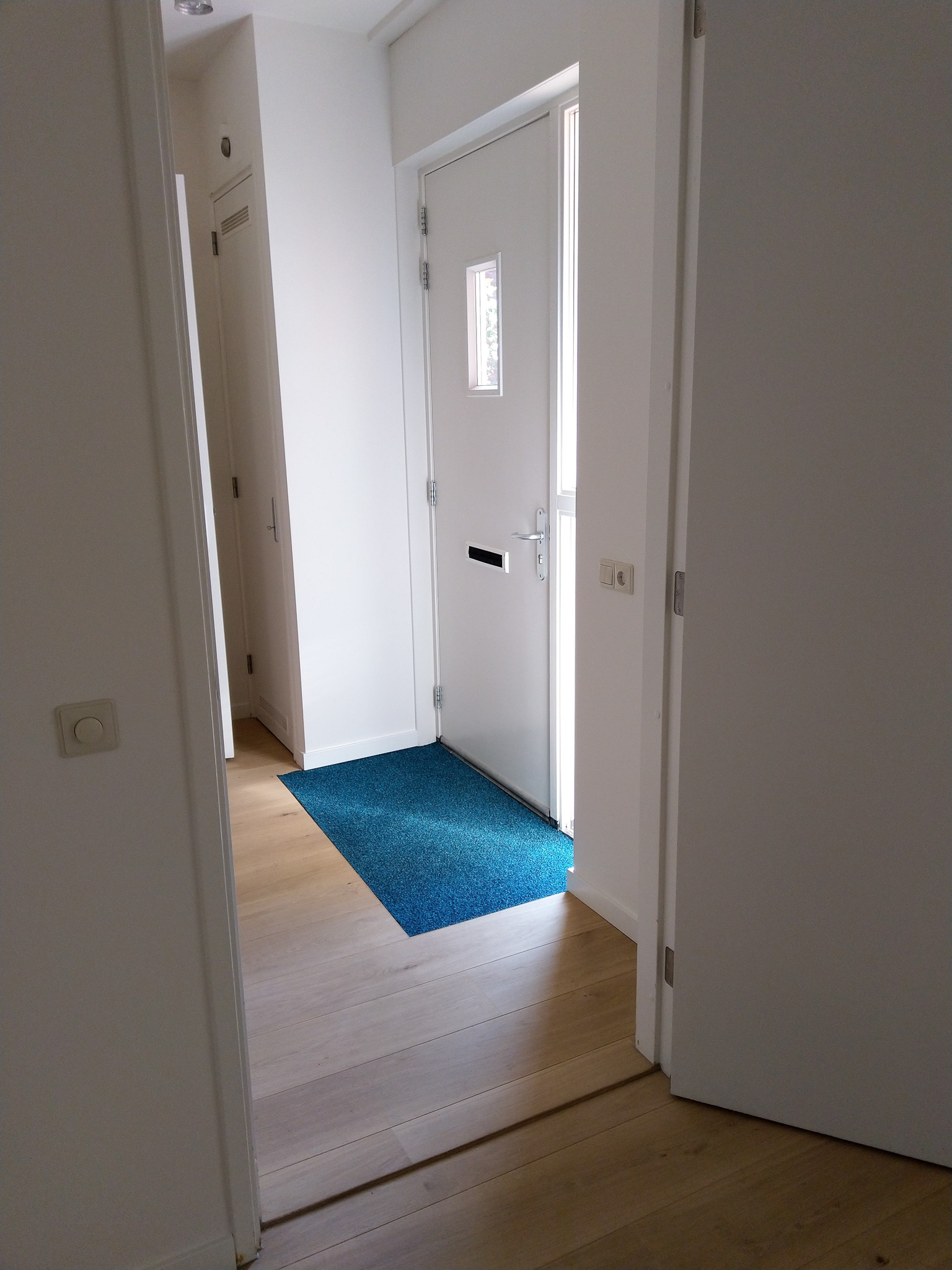 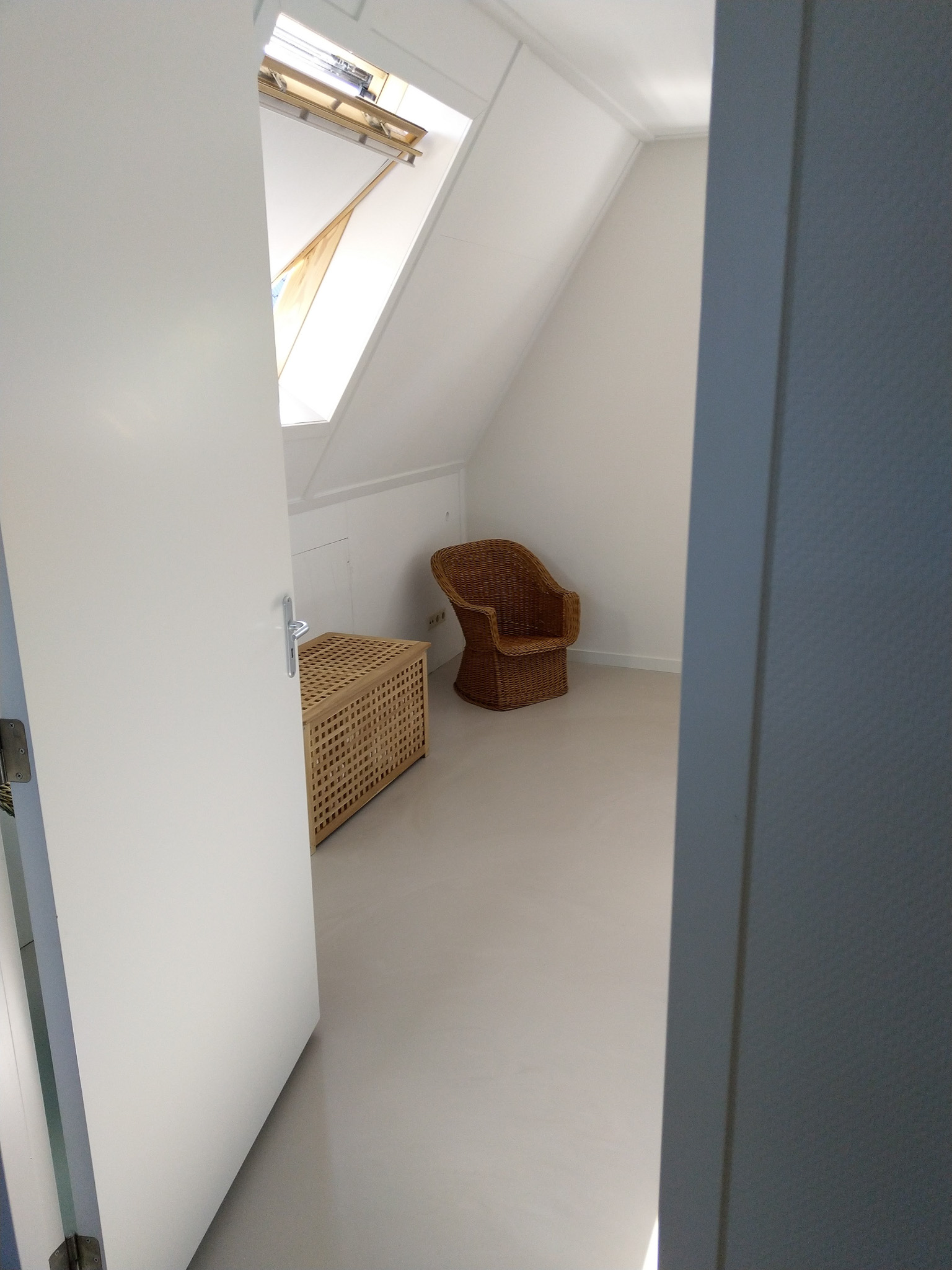 In order to have control over the individual temperature in each room you need a zone control system. There's wireless systems that put a thermostat in each room which communicates with a controller next to each distributor. This controller then opens or closes individual valves on the distributor to start and stop the flow of warm water to different spaces. Wether you can separately control the temperature for a certain space is dependent on whether it has it's own loops. Close to the distributor, of which you have one per level, all loops come together making it harder to set a specific temperature there. For us this is the case in the ground level and first level hallways. 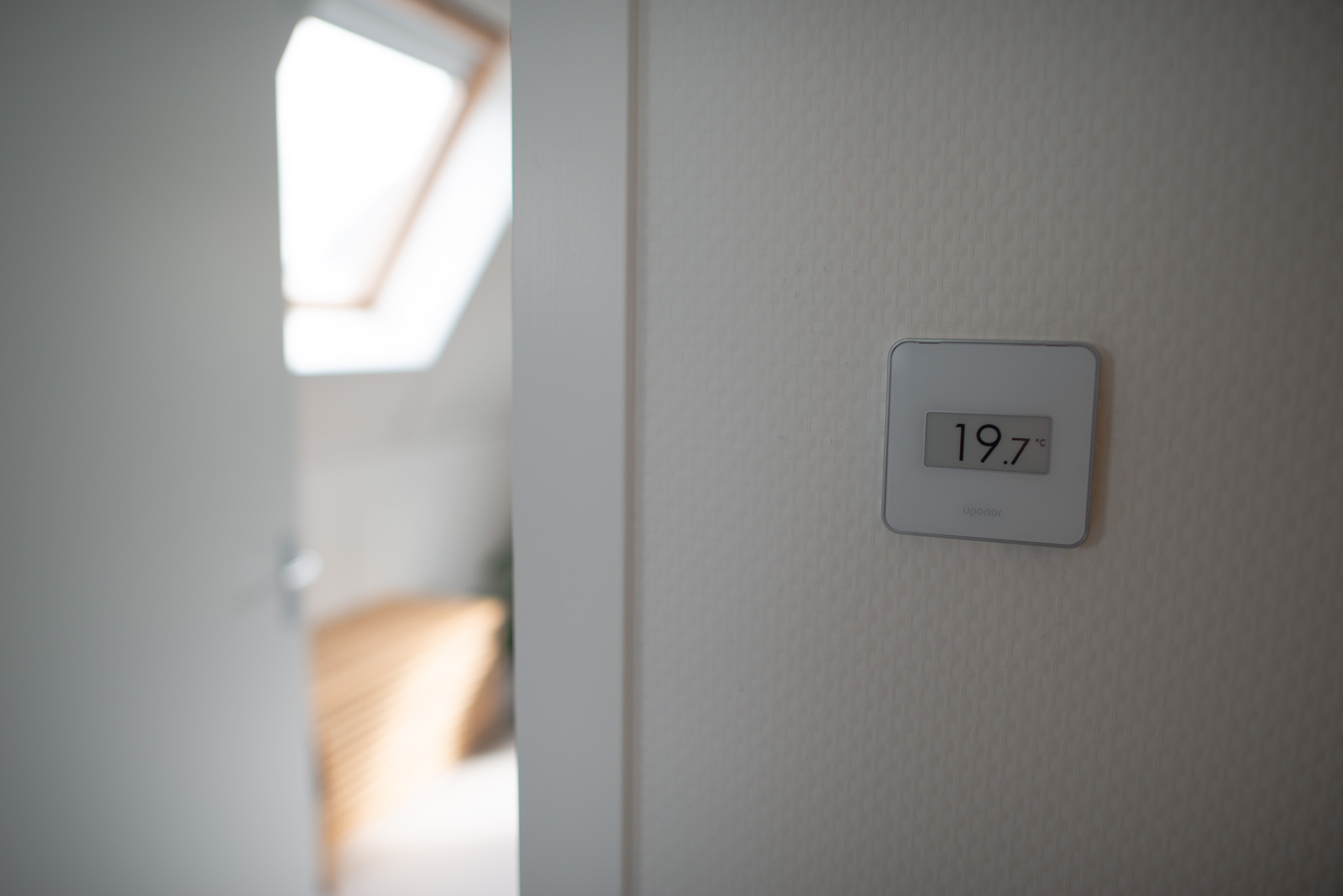 Some brands with zone control are Honeywell and Uponor. When choosing a zone control system it's important to check whether it supports cooling as well. We initially bought a system that didn't support it and had to replace it completely when switching to a heat pump with cooling function.

With underfloor heating at low temperatures the source of heat runs for many more hours per day then it would with a high temperature system. This takes it's toll on a gas fired heater because they're not made for constantly switching on and off. Besides it being very noisy due to these frequent starts and stops it needed extra maintenance as well. Also important to realize is that a gas fired heater still uses quite some electricity for it's pump.

With the type of distributors, needed thickness of the pipes towards each distributor for cooling and the zone control system needing support for cooling being quite different for a gas fired source and a heat pump it's better to do it all at once. Our time and financials didn't allow us to do it all at once, so unfortunately later on this introduced extra costs. Nonetheless we were very happy to have tackled step one towards a gas free home.