With the future switch to an all-electric heat pump, induction hob and battery electric vehicle in mind we decided to have solar array installed on our roof. In the Netherlands you still have net metering, which makes it lucrative to install enough solar capacity to cover your own consumption but no more than that. We would have much higher consumption in the future though when going all-electric so we oversized the array for our current consumption of about 4000 kWh a year.

When choosing solar panels we took a look at glass-glass vs glass-film panels. The former ones are more expensive but promise more yield over a longer lifetime. As we're in it for a more sustainable future we weren't interested in the fastest return on investment, but something that would easily last up to 40 years.

This led us to select the Solarwatt Vision 60M Style panels of 315 Wp. With 28 panels this totals up to a capacity of 8820 Wp. In general in the Netherlands 1 Wp generates 1 kWh in a year. With the inclination of our roof and the directions of the 2 sides they would be mounted we knew we wouldn't come anywhere near generating 8800 kWh. More like 60-70% of that number.

To convert the direct current (DC) that coming out of solar panels into an alternating current (AC) as used by the grid and all appliances in your home a solar array needs an inverter. There's a wealth of options in that space with reliable brands like Enphase, Fronius, SMA and SolarEdge. We looked at years of guarantee and stories about service and speed of replacement in case of failure. Inverters usually don't have a lifetime equal to those of the solar panel, but more like half of that. This makes it important to have it replaced quickly when it fails so you don't miss out on a lot of solar production.

There's also a choice to be made between a central inverter, micro inverters or a central inverter with so called optimizers. With a not so easy accessible roof and the likely lifetime of various parts being lower than those of the solar panels themselves we decided to keep the system as simple as possible with only one central inverter. With this in mind we choose the SMA Tripower 8.0 3-phase inverter.

With a specific way of mounting the panels to the roof installation took slightly longer than most installations, but it's a more secure fixation. 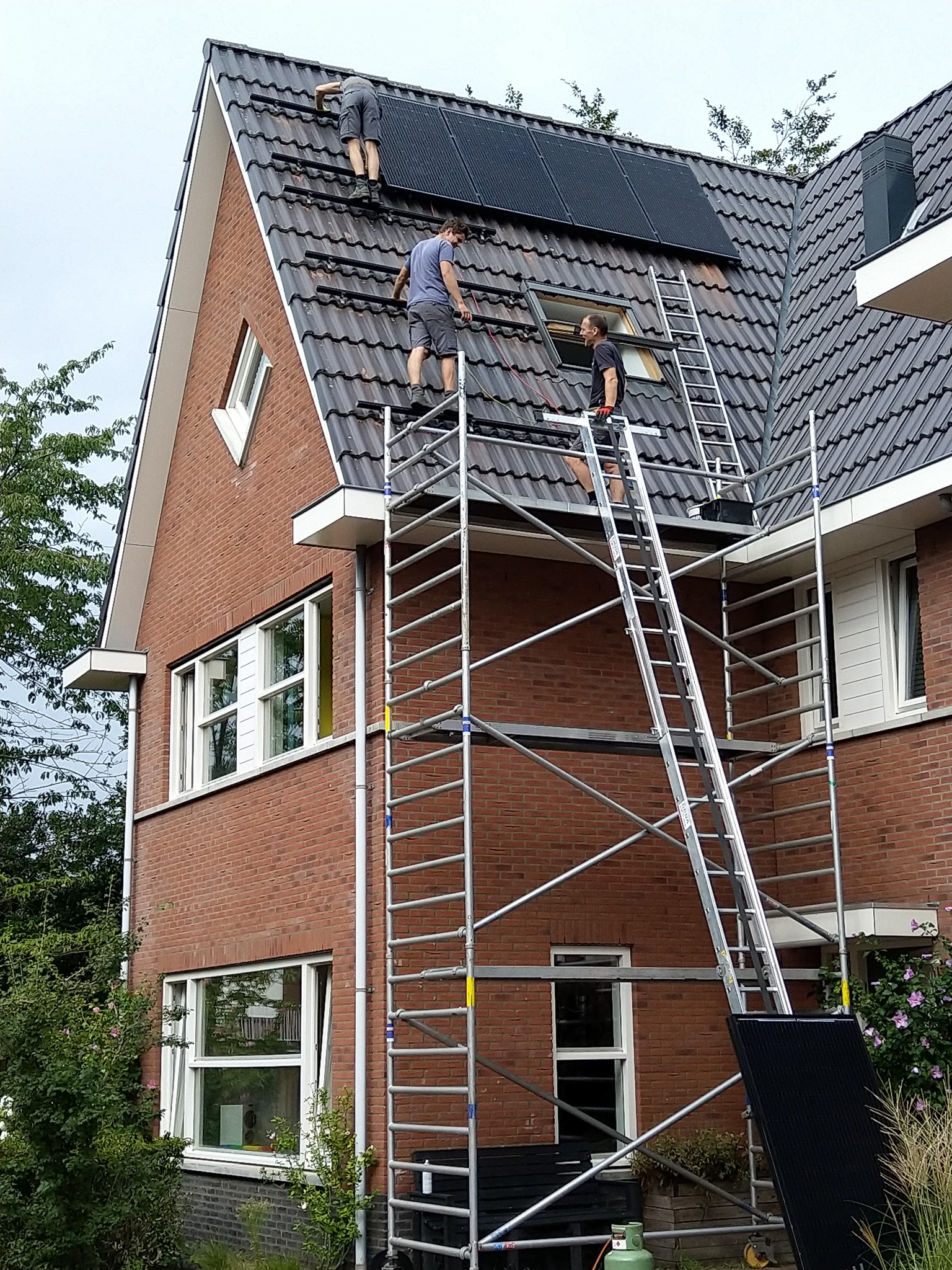 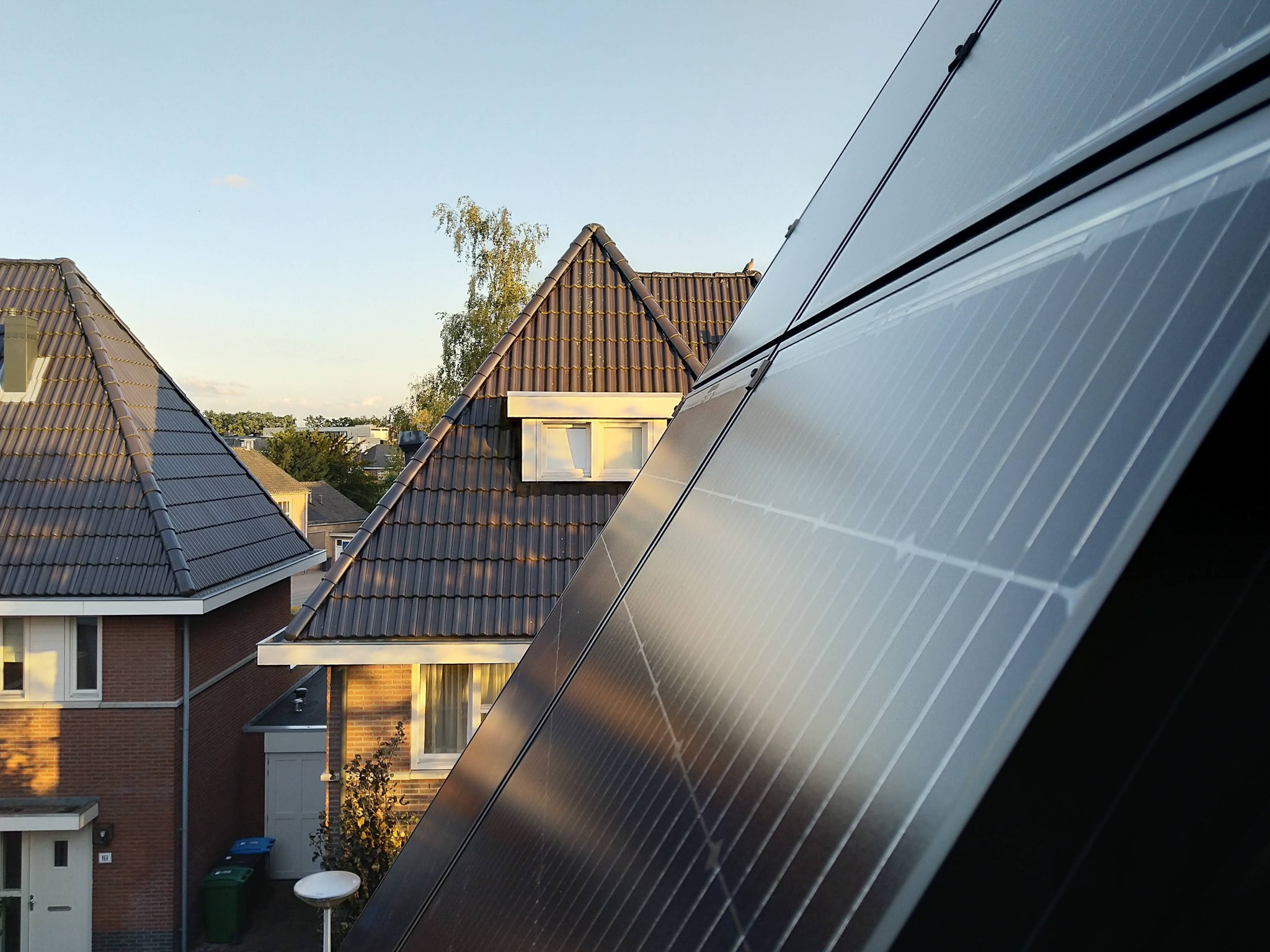 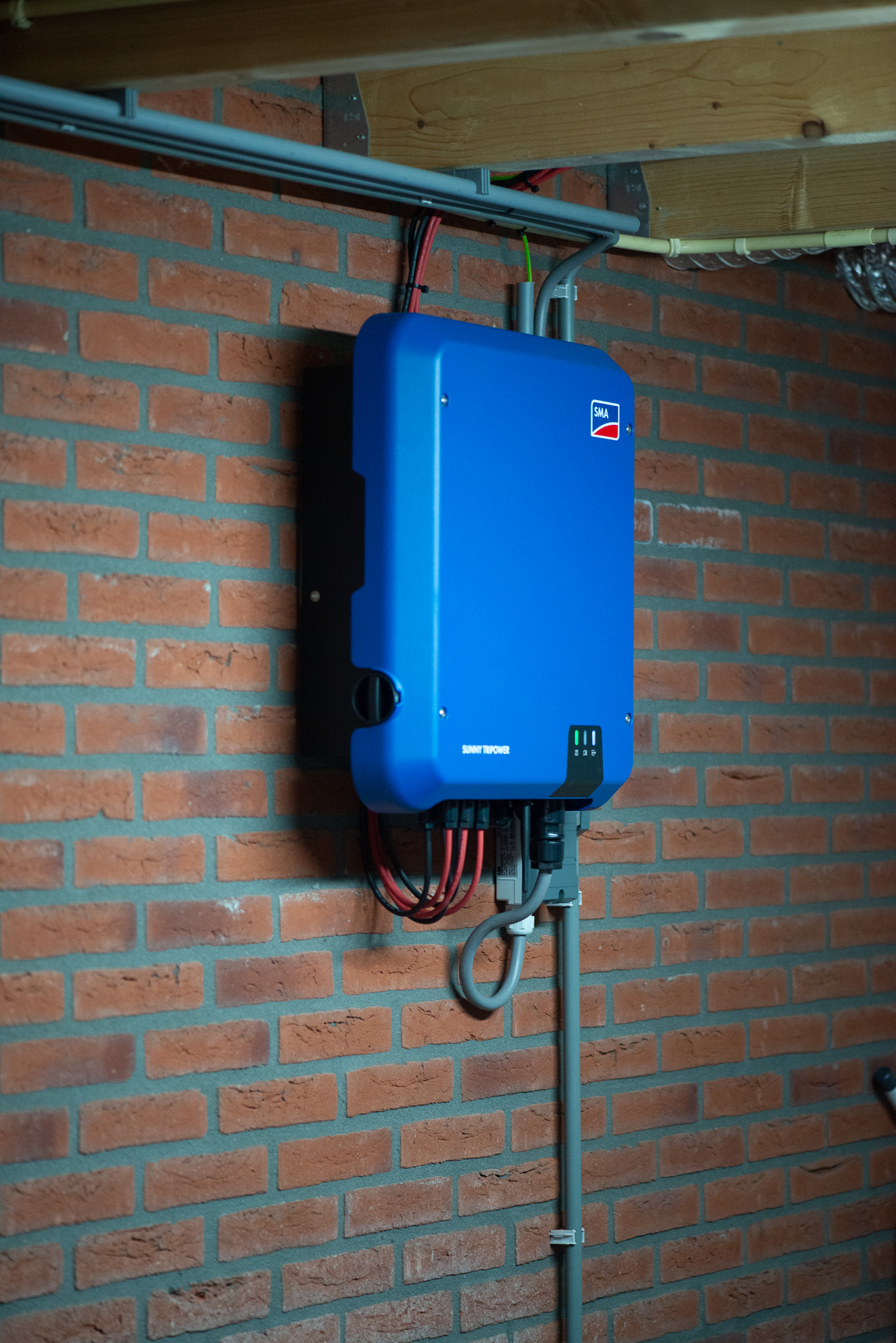 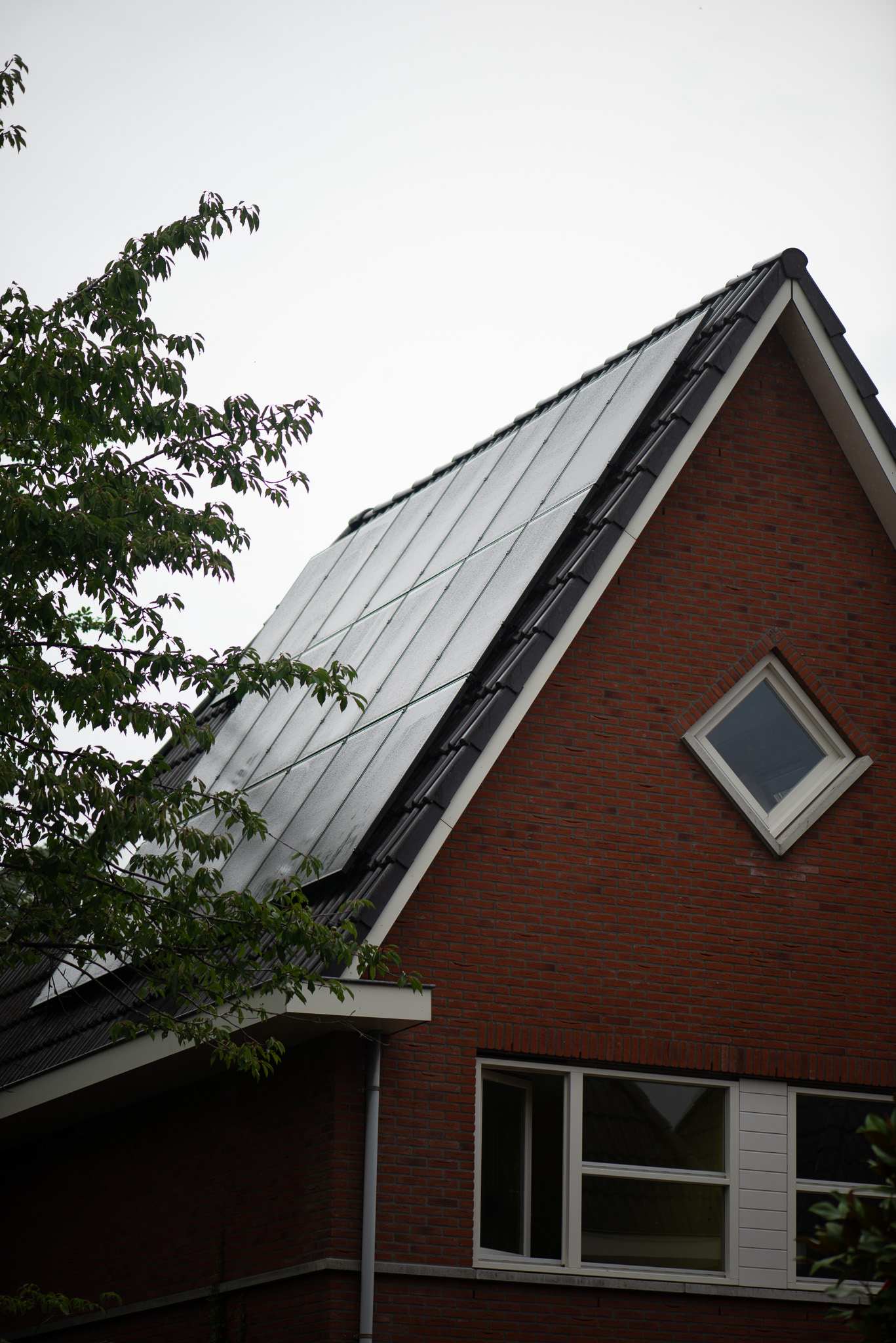 In the first full year of installation the array generated 5022 kWh. A bit lower than we had hoped for, but it still saves a huge amount of money on a yearly basis. In the graph below you can see a very sunny day. Orange is electricity from the grid, green is self-used solar electricity and yellow is excess solar going back into the grid.

For a brighter future we do need to think about storage. Currently in a full year we only use 35% of our own generated solar, the other 65% makes its way back into the grid. This is fine as long as there's not enough renewable energy in the grid mix, but when we go towards 100% you want to make sure you use as much of your own energy as possible.

We're very happy though with use generating our own electricity. And the east/west orientation having a higher overlap with our own energy consumption pattern. South facing solar panels have a much higher yield, but you'll be able to use even less yourself because it has one single peak on mid-day.