Cities are well-known to get hotter then their surrounding areas in summer. The so called heat islands. Another issue in the face of climate change is that rainfall might be less but more intense. Our sewerage system isn't up to the task to deal with the sudden pourdown. And getting rid of it as fast as possible also means there's less buffer in times of drought.

To fight all of these issues we decided to a put a green roof on all of our flat roofs. It reduces ambient temperature and acts as a rainwater buffer. And it looks nice.

And if all if these attributed benefits do not turn out to be true it still looks amazing! 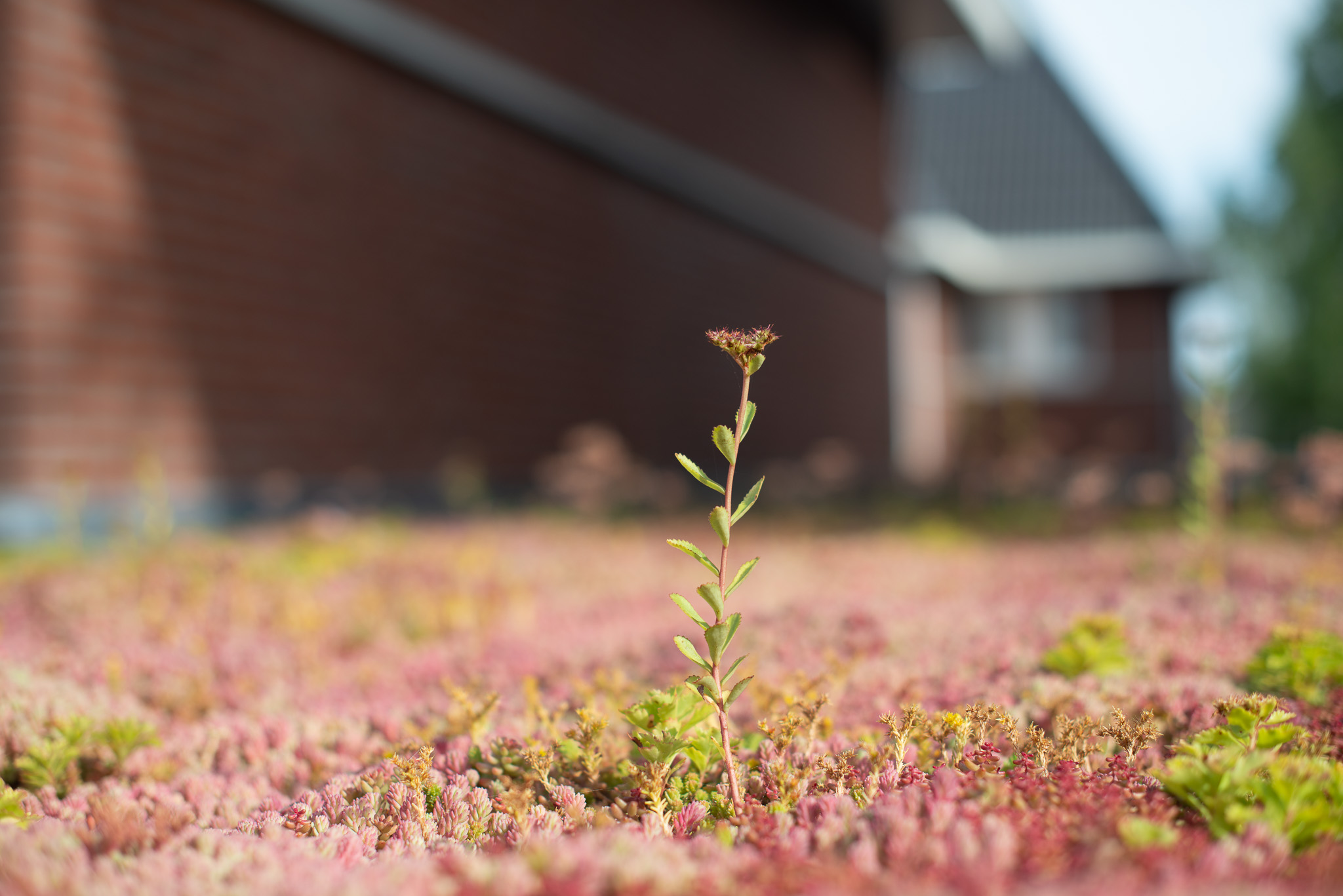 Although you can instal a sedum roof yourself it's pretty specialized work and better left to the professional. Their elevator to get all the ingredients on top of the roof already makes all the difference. Installing the roof took only one day. The roof has 5 separate layers to improve it's capability to act as a buffer and to avoid any roots to grow through your roof. 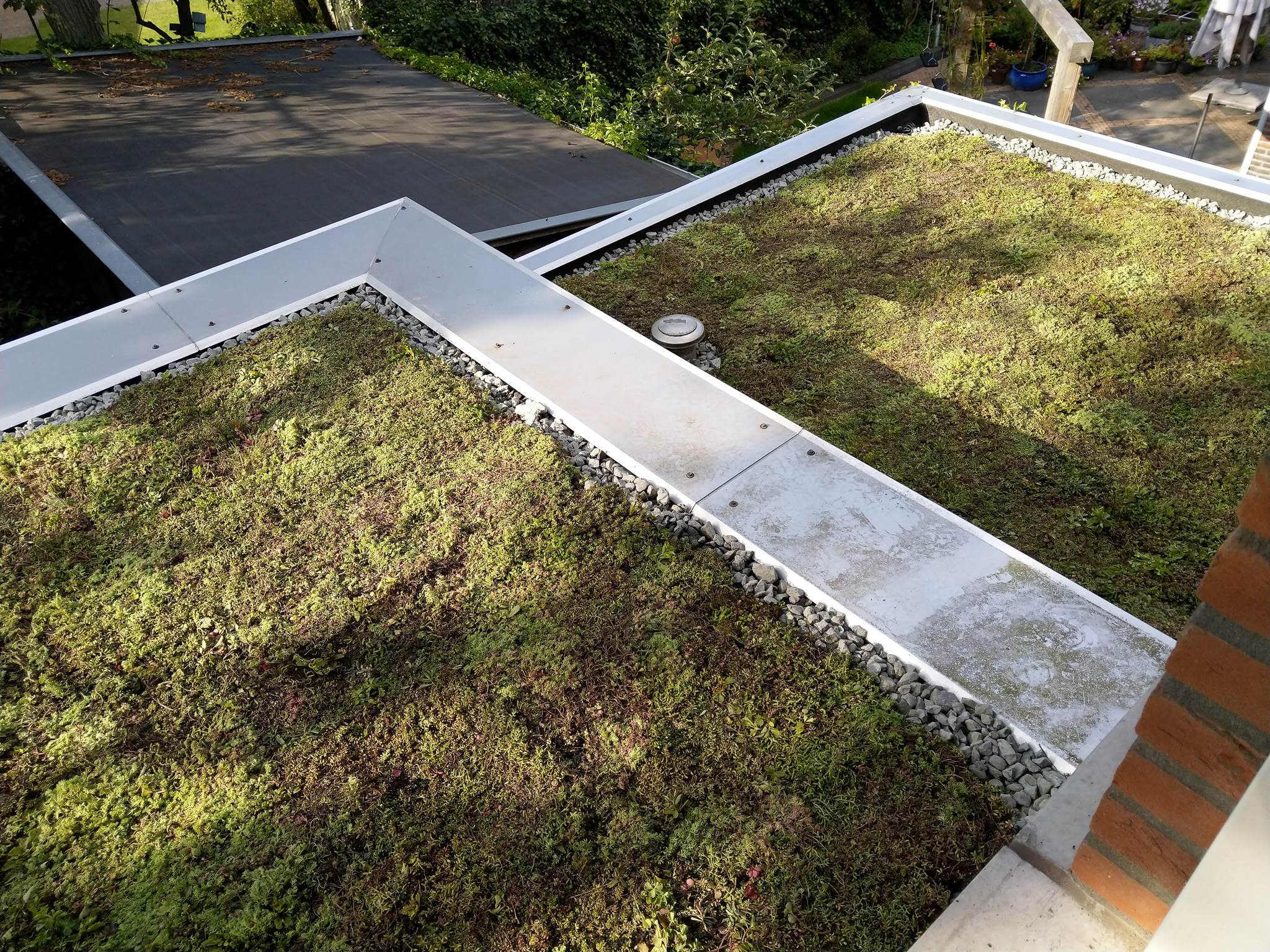 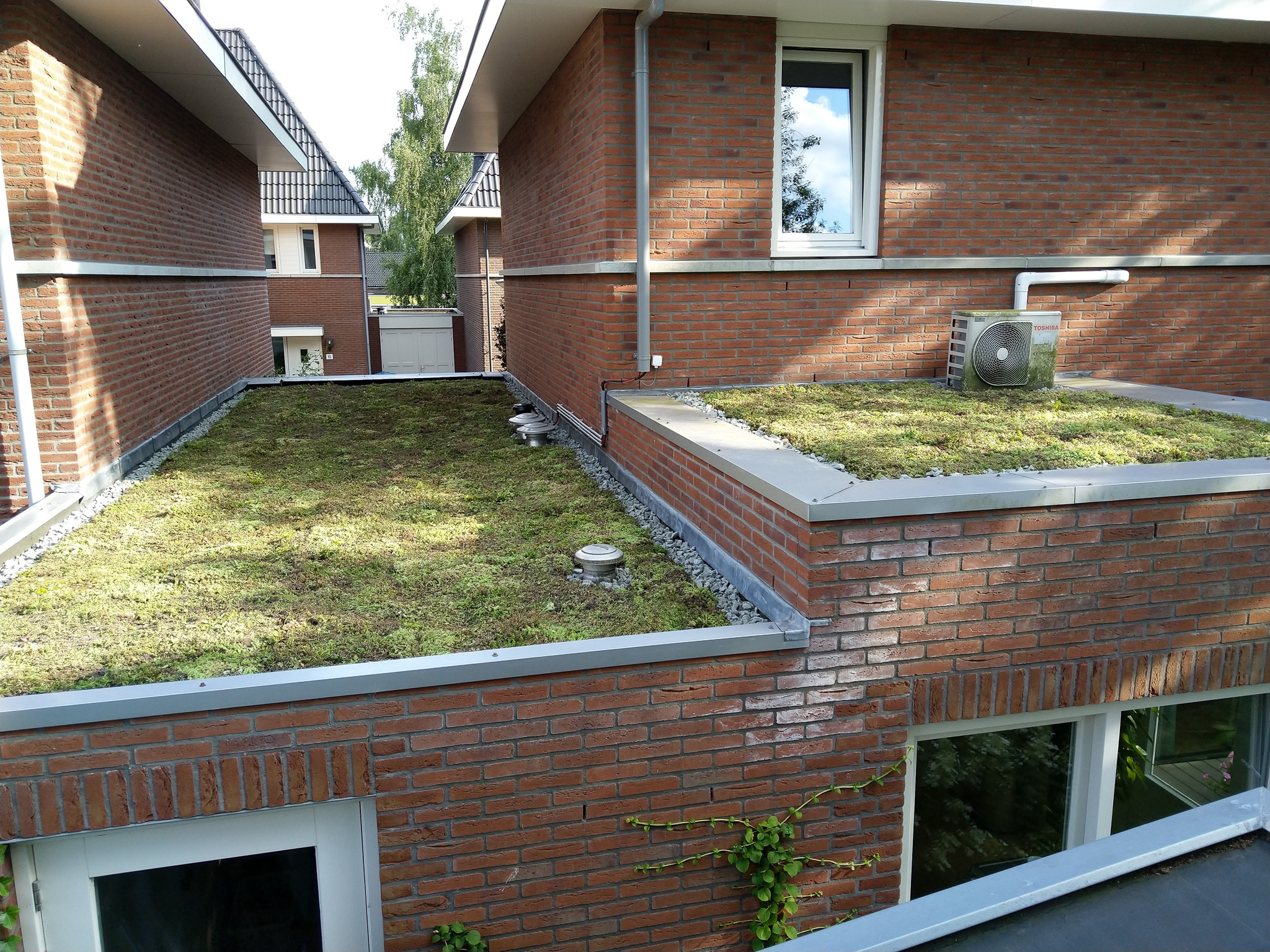 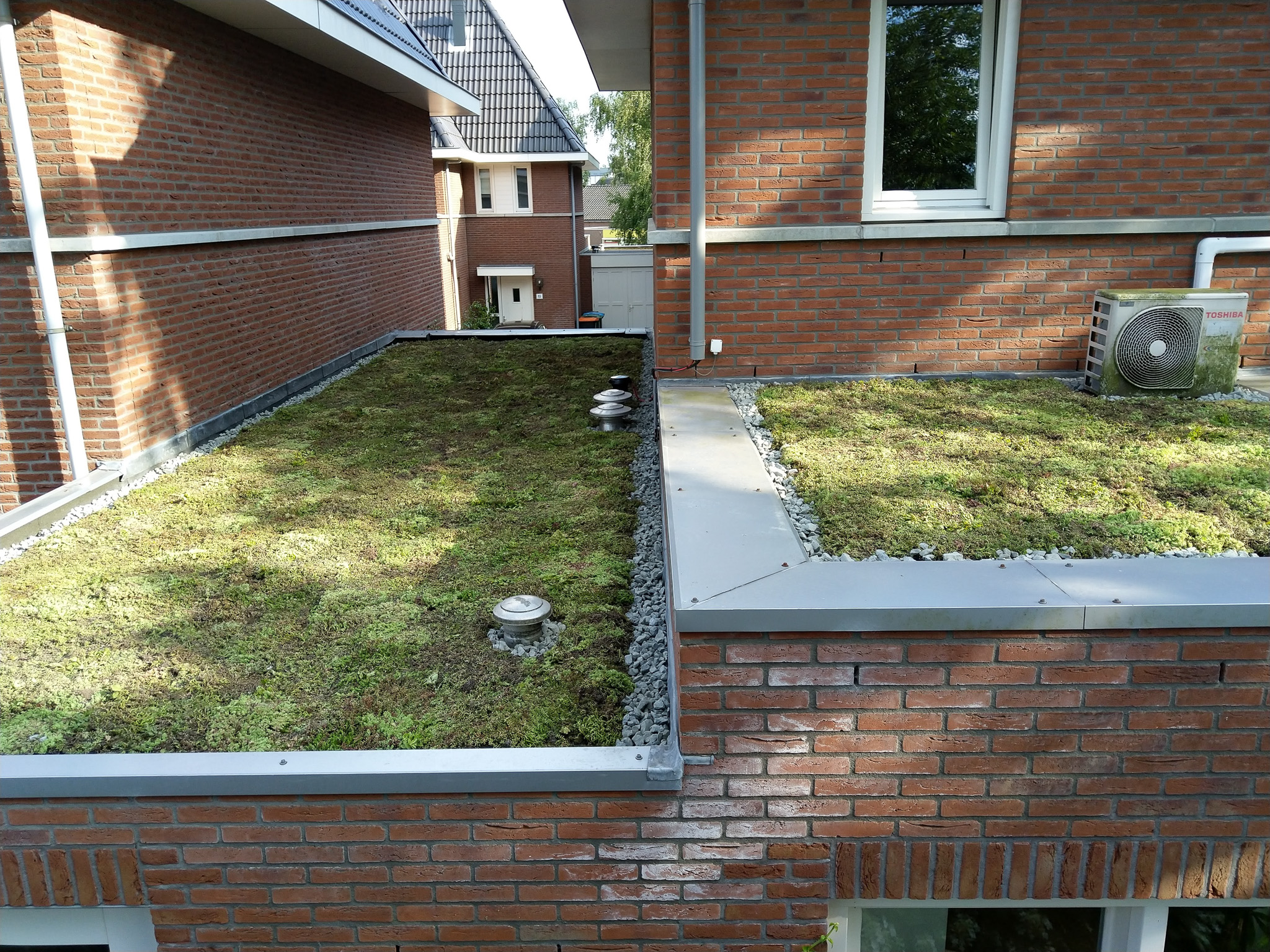 The first year the roof was green. In the second it year it turned reddish. Although we can't measure whether it acts as a buffer for rainwater we do see indoor temperature in the spaces below the flat roofs to be cooler.